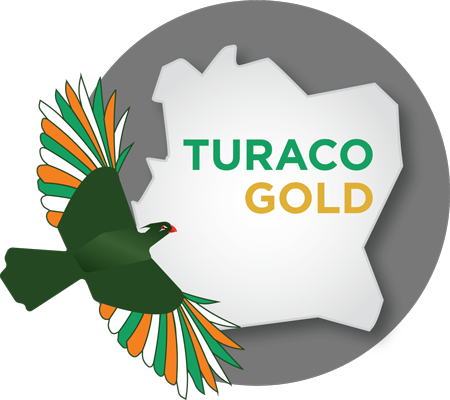 Turaco Hits Up To 27g/t Gold At Tongon North Project

Auger drilling completed prior to the rains and crop harvesting has generated a very high tenor mineralised trend extending over five km, defining a significant target for follow up work.

“The latest auger results at Tongon North show a very high-grade gold trend, with up to 27.1g/t, extending over 5kms in strike. Follow up work programs are being planned for the dry season.”

The Tongon North Project is located on the highly prospective Senoufo greenstone belt in northern Côte d’Ivoire and covers a total area of ~1,540 sq. km across four granted exploration permits and one exploration permit application. The granted permits are held 100% by Turaco.

The Natoga Prospect sits on the same fertile structures associated with Barrick’s 4.5Moz Tongon Gold Mine just 30kms to south-west and the Endeavour’s 3.2Moz Whangion Gold Operation just 30kms to the north-east.

Further auger drilling was undertaken along strike from Natoga to test anomalous geochemistry and geophysics associated with a NE to ENE striking, structurally complex zone on the margin of a major granite pluton.

The auger drilling has generated a robust new target with substantial new discovery potential. Follow up work programs are being prepared which will include trenching leading into drilling.

AC drilling, comprising of 364 holes for a total of 11,757 metres at Natoga target and 108 holes for a total of 3,982m at the P10 target to the south-east, was completed. The program was testing in-situ gold mineralisation defined by earlier auger drilling which had defined four +100ppb gold in saprolite anomalies at Natoga and two +100ppb gold in saprolite anomalies at P10, all with strike lengths of more than one km.

AC drilling was shallow, to blade refusal, and averaged only ~30m down hole (~25m vertical).

Mineralisation at Natoga is associated with zones of brecciated carbonate veinlets within a basaltic host along the granite contact. The P10 target is located within the high strain Tongon Shear, directly along strike from the 4.5Moz Tongon Gold Mine.

Prior to the auger and AC drilling completed by Turaco, there had been no drilling in the vicinity of both targets. Given the wide spacing of the AC drilling, particularly at P10, further work is being planned, including shallow infill drilling.

Close Menu
We use cookies on our website to give you the most relevant experience by remembering your preferences and repeat visits. By clicking “Accept All”, you consent to the use of ALL the cookies. However, you may visit "Cookie Settings" to provide a controlled consent.
Cookie SettingsAccept All
Manage consent

This website uses cookies to improve your experience while you navigate through the website. Out of these, the cookies that are categorized as necessary are stored on your browser as they are essential for the working of basic functionalities of the website. We also use third-party cookies that help us analyze and understand how you use this website. These cookies will be stored in your browser only with your consent. You also have the option to opt-out of these cookies. But opting out of some of these cookies may affect your browsing experience.
Necessary Always Enabled
Necessary cookies are absolutely essential for the website to function properly. These cookies ensure basic functionalities and security features of the website, anonymously.
Functional
Functional cookies help to perform certain functionalities like sharing the content of the website on social media platforms, collect feedbacks, and other third-party features.
Performance
Performance cookies are used to understand and analyze the key performance indexes of the website which helps in delivering a better user experience for the visitors.
Analytics
Analytical cookies are used to understand how visitors interact with the website. These cookies help provide information on metrics the number of visitors, bounce rate, traffic source, etc.
Advertisement
Advertisement cookies are used to provide visitors with relevant ads and marketing campaigns. These cookies track visitors across websites and collect information to provide customized ads.
Others
Other uncategorized cookies are those that are being analyzed and have not been classified into a category as yet.
SAVE & ACCEPT